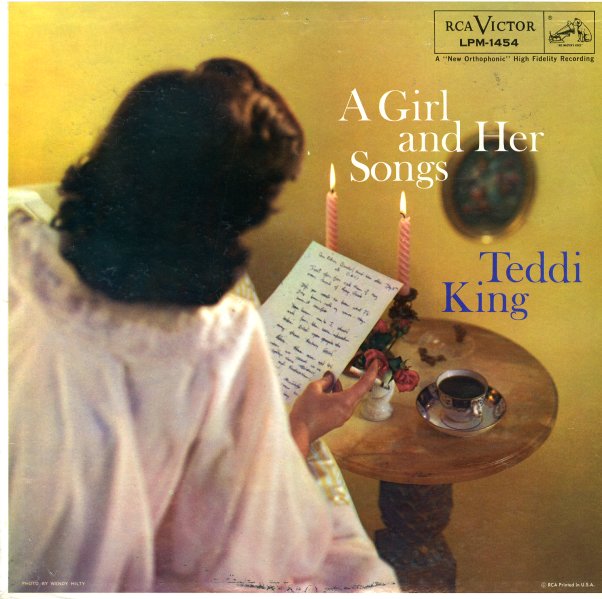 One of the few RCA albums cut by singer Teddi King – a great vocalist who came out of a small jazz group setting, but who works equally well here with larger arrangements from George Siravo! The mood of the album is nice and light, with a few smaller instrumental groups on about half the tracks, and larger string-backed orchestrations on the others. Teddi's voice is sweet, but never cloying – and lightly dances over numbers that include "My Future Just Passed", "After All It's Spring", "A Sailboat In The Moonlight", "Chicken Today & Feathers Tomorrow", and "Laughing At Life".  © 1996-2023, Dusty Groove, Inc.
(Mono pressing with deep groove. Cover has light wear and a small mark from price sticker removal.)