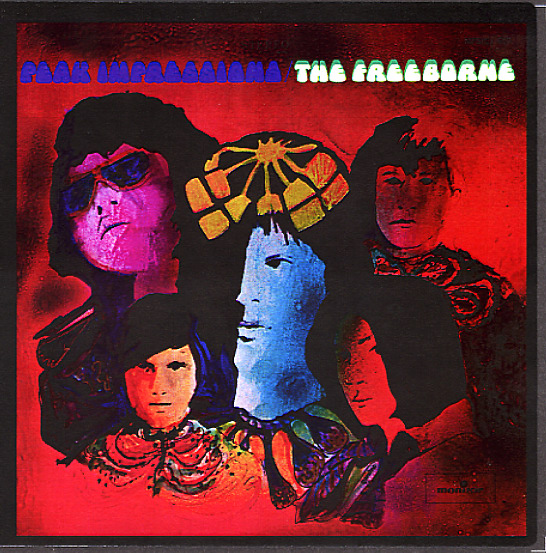 One of the few straight rock records ever issued on the mostly-folk Monitor Records label – a great 60s outing from Freeborne, a group with a sound that's as tripped-out as you might expect from the cover! Instrumentation is heavy on organ and guitars, both acoustic and electric, but there's also some cool percussion too – and interesting use of recorders, in a way that comes across with an ocarina-like charm! Vocals are somewhat soft, but have a dark undercurrent – and there's a really great folk-into-psyche sort of feel to the whole thing. Titles include "Images", "Land Of Diana", "But I Must Return To Frenzy", "Inside People", "Yellow Sky", "Peak Impressions & Thoughts", and "Visions Of My Own".  © 1996-2021, Dusty Groove, Inc.
(Special limited CD – pressed up for us by the Smithsonian Folkways label. Comes with original cover artwork, and the CD also features a PDF file with the original liner notes and other materials from the original record release.)