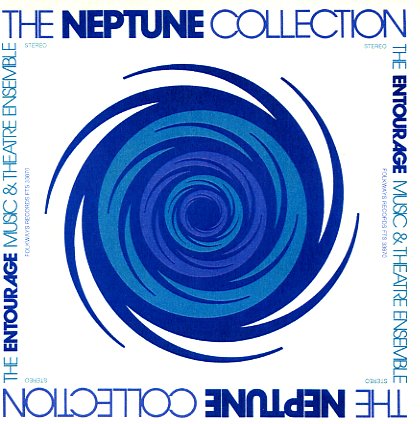 Warmly experimental music from the 70s Folkways scene – music that's a mixture of jazz, folk, electronics, and improvised styles – played with an open, honest sort of feel! The Entourage Music & Theater Ensemble features four composer/musicians – Joe Clark, Wall Matthews, Rusti Clark, and Michael Smith – all individuals with a nicely subdued sensibility, despite the "theater" in the group's name. The work here is hardly performative – at least not in an aggressive sense – and instead is a beautiful matrix of sounds from instruments that include keyboards, acoustic guitar, soprano sax, viola, gong, and percussion – all used lightly, with an approach that's almost a folksier take on early 70s spiritual jazz – especially given the way the acoustic guitar is used. Titles include "Nature Spirits", "Incantation For The Death Of Self", "Space Needle Suicide", "Tar Box Poltergeist", and "Druid Dance".  © 1996-2020, Dusty Groove, Inc.
(Special limited CD – pressed up for us by the Smithsonian Folkways label. Comes with original cover artwork, and the CD also features a PDF file with the original liner notes and other materials from the original record release.)