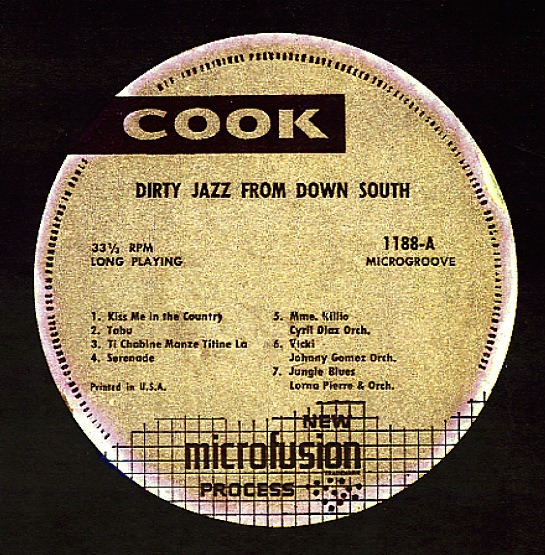 Nothing too dirty about this jazz – especially considering that the "south" in the title is actually the Caribbean – an overlooked hotbed of creative improvisational activity! The album's similar to some of the other Caribbean jazz recorded by Cook Records at the time – highly rhythmic, with a somewhat exotic feel – but the music here is also a bit more conventionally jazz-based at times, with echoes of older swing and trad modes mixed in with rougher percussion on the bottom. There's some great sax parts at times – nice and snakey – and titles include "Serenade", "Kiss Me In the Country", and "Mme Kilio" by Cyril Diaz; "Vicki" and "Cook's Cooking" by Johnny Gomez, "My Salty Sin" and "Choro" by John Buddy Williams, "All Of Me" by Conrad Jones, and "Jungle Blues" by Lorna Pierre.  © 1996-2021, Dusty Groove, Inc.
(Special limited CD – pressed up for us by the Smithsonian Folkways label. Comes with original cover artwork, and the CD also features a PDF file with the original liner notes and other materials from the original record release.)