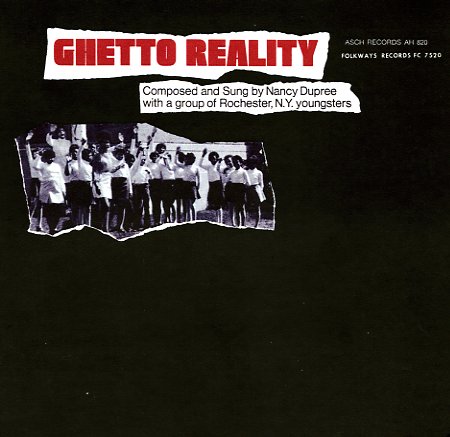 Kind of silly – but also pretty darn hip! Nancy Dupree was one of the most righteous music teachers you could ever have – and here, she's working with some young kids from the rough side of Rochester, in an album of simple tunes that have a surprisingly soulful edge to them. Nancy plays piano, and the kids sing either solo or in ensemble format. The record's got a starkness that's extremely compelling, and it's a lot stronger than we expected, even if it's not like some of the funky stuff on the Folkways label. Includes a song called "James Brown" that has all the kids making grunts and groans ala 60s James, then singing about his shift from a process to an afro! Other titles include "I Want", "What Do I Have?", "Bag Snatchin", and "Docta King".  © 1996-2020, Dusty Groove, Inc.
(Special limited CD – pressed up for us by the Smithsonian Folkways label. Comes with original cover artwork, and the CD also features a PDF file with the original liner notes and other materials from the original record release.)