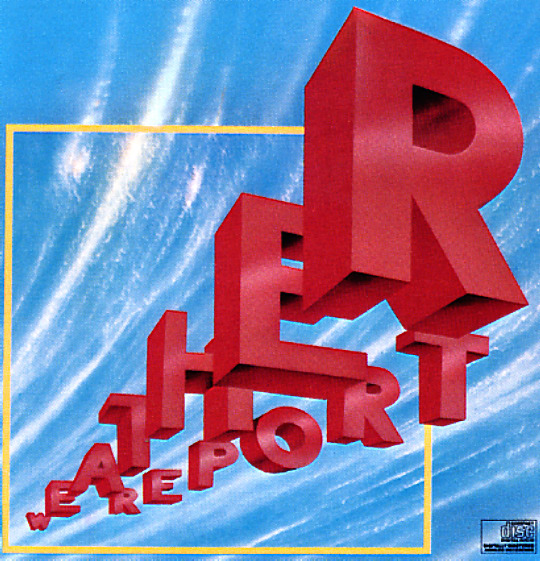 A self-titled early 80s set from Weather Report – not to be confused with the group's debut over a decade before – and one that still has key core members Wayne Shorter, Joe Zawinul, and Jaco Pastorius in place! Shorter's reeds seem even more angular than before – really chopping against the rhythms, which are themselves quite pronounced – not in a funky way, but more in a chunky style – thanks to tight work on the kit from Peter Erskine. Zawinul's keyboards also take on these modes too – often pulsing out, instead of flowing out – possibly directed by the powerful basswork of Pastorius, who's really in his early 80s stardom here. Titles include "Volcano For Hire", "Current Affairs", "NYC", "When It Was Now", and "Dara Factor One".  © 1996-2021, Dusty Groove, Inc.
(Includes the printed inner sleeve. Cover has some surface wear.)

Weather Report (1982) (Half-Speed Master)
Columbia, 1982. Very Good+
LP...$19.99
A self-titled early 80s set from Weather Report – not to be confused with the group's debut over a decade before – and one that still has key core members Wayne Shorter, Joe Zawinul, and Jaco Pastorius in place! Shorter's reeds seem even more angular than before – really chopping ... LP, Vinyl record album

Mysterious Traveller
Columbia, 1974. Very Good+
LP...$11.99
A new sense of focus in the Weather Report sound – that building, soaring groove that would become the group's trademark in the mid 70s – offered up here in one of it's first and finest examples! The approach is one to describe accurately on paper – but which is instantly ... LP, Vinyl record album