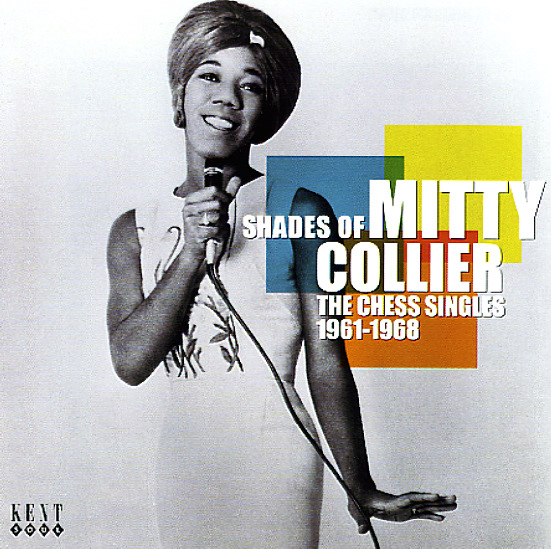 A mighty helping of music from the overlooked Mitty Collier – a 60s soul singer on Chess Records, and one who was every bit as great as bigger label stars like Etta James or Fontella Bass! Like both of those singers, Mitty's got a voice that grabs you right from the get-go – a deeply soulful approach to her music that's really fresh and without cliche – especially considering she got her start belting out tunes years before some of the bigger names in 60s female soul, and managed to keep things mighty real all the years she was working at Chess. Production and arrangements here are all top shelf – handled by Phil Wright, Riley Hampton, and others – and the CD offers up 24 gems from Mitty's years at Chess – the a-sides of all 15 singles cut for the label, plus 9 more great tunes from the flips! Titles include "Everybody Makes A Mistake Sometimes", "Gotta Get Away From It All", "I've Got Love", "I Had A Talk With My Man", "Walk Away", "My Party", "Sharing You", "That'll Be Good Enough For Me", "Git Out", "Watching & Waiting", "Like Only Yesterday", "No Faith No Love", "I'm Your Part Time Love", and "Miss Loneliness".  © 1996-2022, Dusty Groove, Inc.

I'm In Love With You/Feel The Need
Westbound (UK), 1973/1977. New Copy
CD...$9.99 18.99 (CD)
The Detroit Emeralds' last two albums for Westbound – back to back on a single CD! I'm In Love With You is maybe our favorite album by this Detroit soul group. Why? Well maybe it's because of the great lime-green suits they're wearing on the cover, but probably because they've really got ... CD