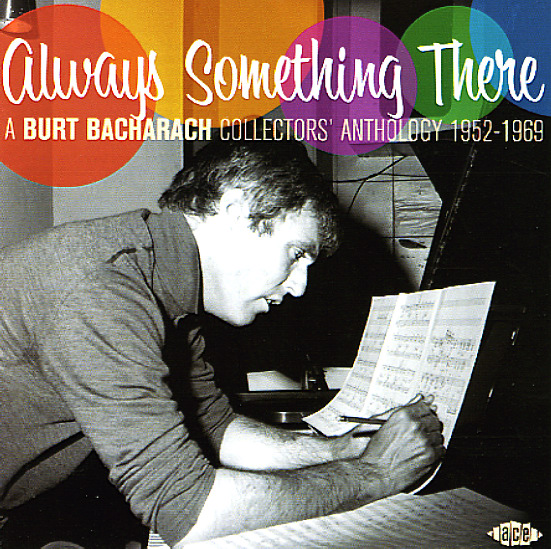 Rare Bacharach galore – an assortment of under-reissued tracks all penned by the mighty Burt – most of which are from the heyday of 60s uptown soul! Despite the 1952 in the date range on the title, almost all the tunes here are from the mid 60s – that time when Bacharach was writing new tunes like a demon, and getting most of them recorded by a range of great talents on the New York scene. Singers are a good mix of soul, pop, rock, and vocal artists – and although the material was done for a variety of different labels, there's a relatively unified feel – thanks to that snapping syncopation that Burt always brought to work like this. CD features 26 titles in all – including "How About" by Della Reese, "Third Window From The Right" by Dean Barlow, "I Wake Up Crying" by Del Shannon, "I Looked For You" by Charlie Gracie, "That's Not The Answer" by Vi Velasco, "More Time To Be With You" by Brook Benton, "Three Friends" by The Turbans, "Move It On The Backbeat" by Burt & The Backbeats, "You're Telling Our Secrets" by Dee Clark, "Thirty Miles Of Railroad Track" by The Hammond Brothers, "The Story Of My Life" by Big Al Downing, "Made In Paris" by Trini Lopez, "Rain From The Skies" by Adam Wade, and "True Love Never Runs Smooth" by Don & Juan.  © 1996-2022, Dusty Groove, Inc.