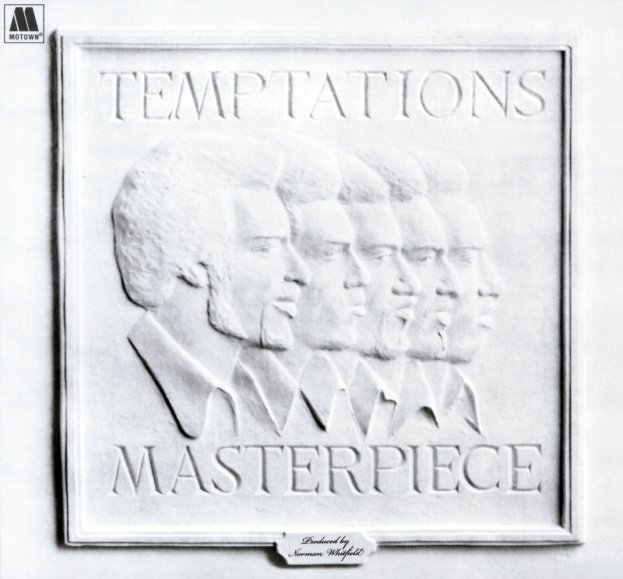 They certainly got the title right on this one – because the album's an early 70s masterpiece from the Temptations – one of the last in their legendary run of records with Norman Whitfield! By this point, the group are way past simple harmony soul – and are working with Whitfield to make these mini-symphonies of righteous grooves – heavy on the bass and bottom they moved into in the late 60s, often touched with social messages, and using the group's voices like different instruments to rise the whole thing into a masterful triumph throughout. Whitfield wrote and produced the record, Paul Riser provided tremendous arrangements – and titles include "Hey Girl", "Masterpiece", "Ma", "Plastic Man", "Hurry Tomorrow", and "Law Of The Land".  © 1996-2023, Dusty Groove, Inc.
(In the embossed cover, with light wear, faint stain on upper corner.)