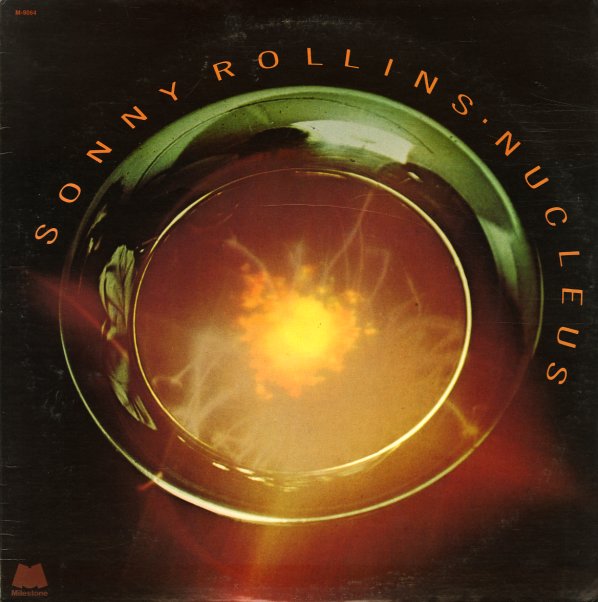 A sweet electric set from Sonny Rollins – and maybe the closest he ever came to cutting a funk record! The set's got that mellow electric funk approach that Prestige was using often in the mid 70s – Sonny's tenor lines getting some great Bay Area studio support from George Duke on keyboards, Bennie Maupin on reeds, Raul De Souza on trombone, Bob Cranshaw on electric bass, and even Mtume on congas – players who work together to create a tight ensemble sound that moves the album nicely along! Titles include the great cut "Newkleus", a space funk jammer that has a nice Headhunters-ish kind of sound – and other tracks include "Gwaligo", "Azalea", and "Cosmet".  © 1996-2023, Dusty Groove, Inc.
(Japanese pressing, with obi – SMJ 6117)

What's New?
RCA, 1962. Very Good-
LP...$9.99
A very unique album from Sonny Rollins – one that features him blowing tenor over some Latin-based rhythms that have a tight uptempo feel. The core group on the album features Jim Hall on guitar, Bob Cranshaw on bass, and Ben Riley on drums – but they're augmented by larger ... LP, Vinyl record album

Sonny Rollins Brass/Sonny Rollins Trio
Verve, 1958. Very Good+
LP...$19.99
Quite an unusual record for Sonny Rollins – but a great one too! At first glance the concept is a strange one – almost a crazy decision to pair modernist tenorist Sonny Rollins with a set of large brassy arrangements – but oddly, the idea works, and works nicely – as ... LP, Vinyl record album

Alfie
Impulse, 1965. Very Good Gatefold
LP...$49.99
A beautiful soundtrack to the dark British comedy of the same name – starring a young Michael Caine! You might expect it to be a bit schmaltzy, but it's pure jazz all the way through, and features strong inside playing by Rollins over lively orchestrations by Oliver Nelson – filled ... LP, Vinyl record album