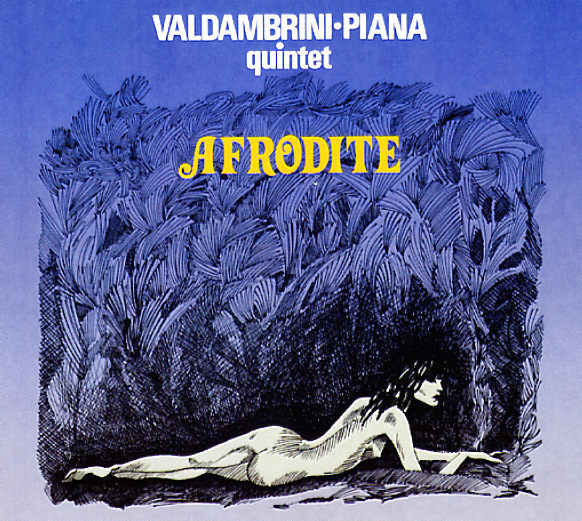 A beautiful 70s session from Italian jazz legends Dino Piana and Oscar Valdambrini – the latter of whom is best known for his cooking 60s sets in the Basso-Valdambrini combo, but who sounds quite different here! Given that Piana plays trombone and Valdambrini plays trumpet, there's a nicely shimmering quality to the set – one that comes from the mixture of their two instruments in the frontline, and some warmly bubbling rhythms in the back. Each player gets plenty of space to solo, but they also share tones and colors together nicely too – and rhythm is from a great trio that features Oscar Rocchi on electric piano, Giorgio Azzolini on bass, and Tullio De Piscopo on drums. Titles include "Arabian Mood", "Drums Atmosphere", "I Due Modi", "Parkeriana", and "Palpitazione".  © 1996-2021, Dusty Groove, Inc.
(180 gram pressing.)