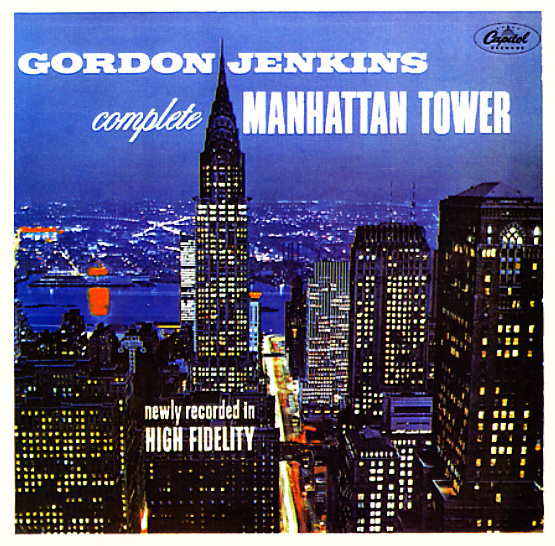 A beautiful testament to the glory of New York in the postwar years – a concept album penned and conducted by Gordon Jenkins, as kind of a musical tribute to the city and its apartment culture! The core narrative is about a guy who moves to, discovers, and falls in love with and in New York City – and the whole thing's done with vocals by a male and female lead, plus a full supporting cast of players! This 1956 recording updates Jenkins' concept somewhat from the original Decca recording – and it updates the music as well, making things a bit leaner and cleaner to fit the modernist mood of New York apartment living in the 50s. Elliott Lewis plays Steven, Beverly Mahr is Julie, and some tracks feature some larger backing singers as well. Titles include "Happiness Cocktail", "Never Leave Me", "Repeat After Me", "The Magic Fire", "Married I Can Always Get", "New York's My Home", and "This Close To The Dawn".  © 1996-2020, Dusty Groove, Inc.
(Teal label pressing.)