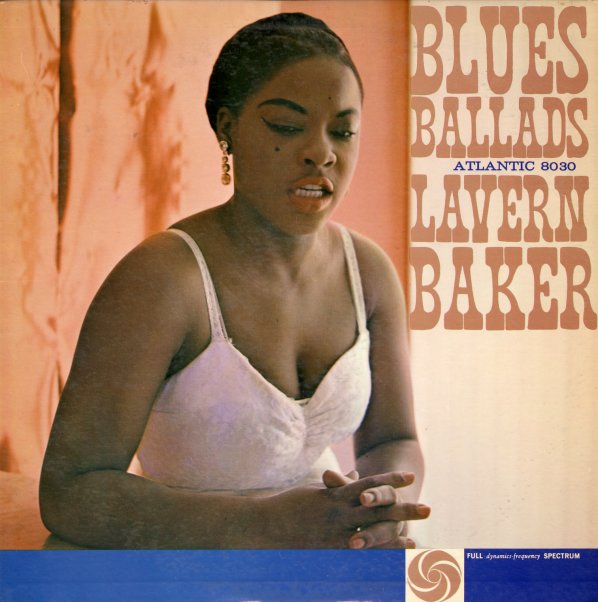 LaVern Baker serves up work in styles she does best – blues and ballads, all put together here with a high level of class that's really a cut above the usual 50s R&B! Given the lateness of this session, there's definitely an attempt by Atlantic to push Baker into some more sophisticated territory – but that shift is fine, especially as the setting still allows her great vocals to keep center stage, and never get too buried in the mix or too watered down. Titles include "Why Baby Why", "It's So Fine", "You're Teasing Me", "I Cried A Tear", "If You Love Me", "Love Me Right", and "Whipper Snapper".  © 1996-2021, Dusty Groove, Inc.
(Mono black label pressing. Cover has light wear on the back and spine. Vinyl has a small mark that clicks during "If You Love Me" but plays fine otherwise.)

Great Ray Charles
Atlantic, Late 50s. Very Good+
LP...$19.99
More of a jazz album than the early vocal singles of Ray Charles – but a set that definitely is as great as promised by the title! Ray's in the lead on piano – taking some strong solos, and showing us what a sensitive phraseologist he can be when needed – really showcasing that ... LP, Vinyl record album

Hallelujah I Love Her So! (aka Atlantic 8006)
Atlantic, 1957. Very Good-
LP...$19.99
Early 60s issue of a host of early classics from the young Ray Charles – tracks that were some of his most important singles for Atlantic Records, from a time when Ray was really finding his groove! These are the tunes that really put Charles on the map – and many have a raw, vibrant ... LP, Vinyl record album