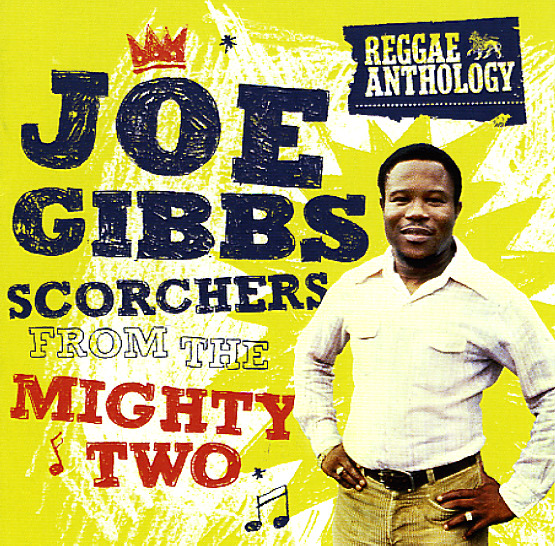 Joe Gibbs and Errol Thompson moe than live up to their title as the Mighty Two just as this heavy compilation more than lives up to the title of nothing but scorchers! Gibbs and ET showcase their mastery of all styles here, veering from hard and heavy roots to sweet lover's numbers and even a few bouncing tracks aimed a the dancehall! Top notch singers and dee jays are all featured over throbbing rhythms at the hands of Gibbs' Professionals crew, with 40 tracks in all, including "Two Sevens Clash" by Culture, "Money In My Pocket/Cool Runnings" by Dennis Brown and Prince Mohammed, "Babylon Too Rough" by Gregory Isaacs, "Cool Out Son" by Junior Murvin, "Boxing Around" and "No Man's Land" by Cornell Campbell, "Just Like A River" by the Mighty Diamonds, Left With A Broken Heart" by George Nooks, "Su Su Pon Rasta/Heavy Manners" by Dolphin Naggo Morris and Prince Far I, "Funeral" by Prince Alla, "I'm A Natty" by Jacob Miller, "Rockers A Nuh Crackers" by Glen Washington, "Jah Bring I Joy In The Morning" by Bobby Melody, "Burn Babylon" by Sylford Walker, "Stop Picking On Me" by Max Romeo, "Keep On Knocking" by Jaco Miller, "Virgin Girl" by Eek-A-Mouse, "Hello Carol" by Enos McLeod, "My Princess" by Sammy Dread, and "Uptown Ranking" by Althea & Donna.  © 1996-2022, Dusty Groove, Inc.