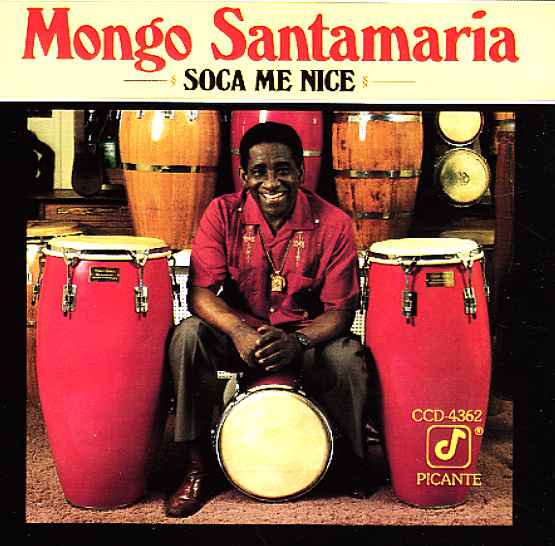 Late 80s Latin from Mongo Santamaria – but still pretty darn nice! The set's got Santamaria stretching out in the rhythms a bit more from the early days – and also picking up some of the jazz flavors of the Concord label as well – but overall, the proceedings are still quite tight, thanks to arrangements from maestro Marty Sheller! The group's not too large, and features alto and flute from Bobby Porcelli, trumpet from Ray Vega, and tenor and flute from Mitch Frohman – all players who bring some nice solos to the set. Titles include "Soca Me Nice", "Day Tripper", "Tropical Breeze", "Kathy's Waltz", "Cubop Alert", and "Con Mi Ritmo".  © 1996-2023, Dusty Groove, Inc.
(Cover has some check marks in pen in back.)