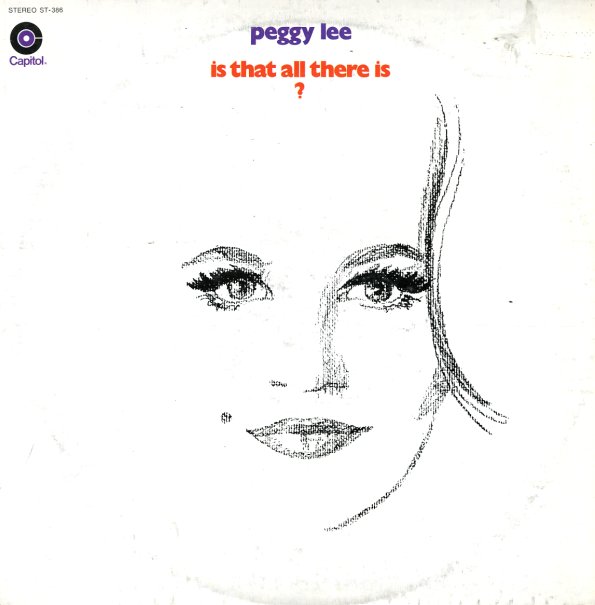 A classic set of tracks from Peggy – featuring the sublime hit "Is That All There Is?", produced by Lieber & Stoller, and arranged and conducted by Randy Newman. Other arrangements are by the likes of Mike Melvoin, Mundell Lowe, George Tipton, and Bobby Bryant – all of whom conspire to give Peggy one of her hippest albums ever. Titles include "I'm A Woman", "Love Story", "Brother Love's Travelling Show", and "Don't Smoke In Bed".  © 1996-2022, Dusty Groove, Inc.
(180 gram UK Pure Pleasure reissue.)

In The Name Of Love
Capitol, Early 60s. Near Mint-
LP...$5.99
Music direction by Lou Levy – which is quite a surprise – with arrangements by Dave Grusin, Lalo Schifrin, and Billy May – on some unusual tracks that include "My Sin", "The Boy From Ipanema", "Talk To Me Baby", "The Right To Love", "The ... LP, Vinyl record album