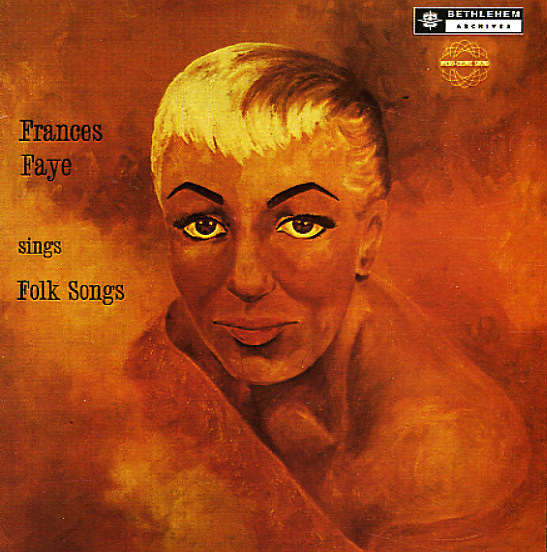 A surprisingly great set that features Francis Faye singing jazz renditions of older folk songs – one of the first such sessions of its type (the genre would become more popular a few years later), and done with an approach that has the songs all re-tuned for a 50s modern ear by Russ Garcia, who handled arrangements for the set. Howard Roberts plays a nicely raspy guitar at the bottom of some of the backings, giving them a slightly folksy flourish, but Garcia's mostly using a four-trombone frontline to push the jazz component of the tunes. Includes versions of "Frankie & Johnny", "Clementine", "Three Ravens", "Go Way From My Window", "St James Infirmary", "John Henry", and "Greensleeves".  © 1996-2021, Dusty Groove, Inc.
(Mono red label pressing with deep groove. Vinyl has a mark that clicks a bit during the medley on Side A. Cover has center splits in the spine and bottom seam, looks nice otherwise.)