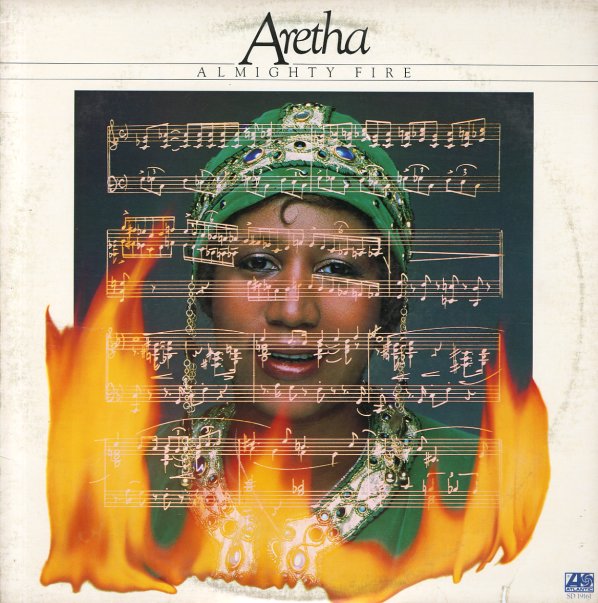 Killer late 70s work from Aretha Franklin – and a set that features production by Curtis Mayfield, in a style that's quite similar to his work with the lady on the Sparkle soundtrack! Aretha somehow sounds deeper here in Curtis' company than on some of her other 70s recordings – and there's a definite Curtom bent to the entire production, given that Rich Tufo handles all the arrangements, and backings feature instrumentation from both him and Mayfield. The album's nicely restrained at most points – never reaching too far to fall into cliche – and Franklin's vocals are as great as ever. Titles are almost all originals by Curtis – and tunes include "Lady Lady", "Almighty Fire", "I Needed You Baby", "Close To You", "No Matter Who You Love", and "I'm Your Speed".  © 1996-2022, Dusty Groove, Inc.
(Cover has light surface wear.)