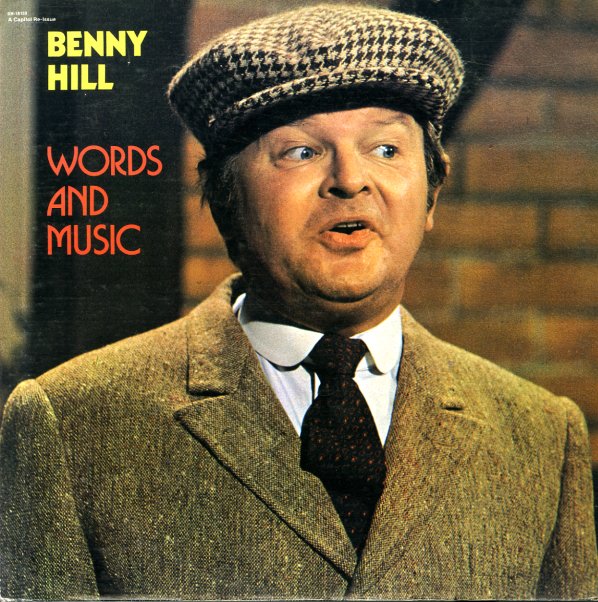 An excellent album that features loads of material from Benny Hills' early days – when he was tighter and fresher, and before he worked too many years for ITV! You may recognize a number of these titles from later recordings, but these early ones are just great, and feature a much more lively reading of the material than other ones – full of sharp-witted lines, and a good sense of timing – all of the sort that have made Hill one of our favorites for wordplay over the years. Songs include "Ernie", "Broken-Hearted Lover's Stew", "Fad Eyed Fal", "The Beach At San Tropez", "Ting A Ling A Loo", "The Dustbins Of Your Mind", and "Rachel" – and spoken comedy includes "Ted", "Tour Guide", "Interview", and "The Birds & The Bees".  © 1996-2022, Dusty Groove, Inc.
(80s pressing in a barcode cover, which has a partial top seam split.)