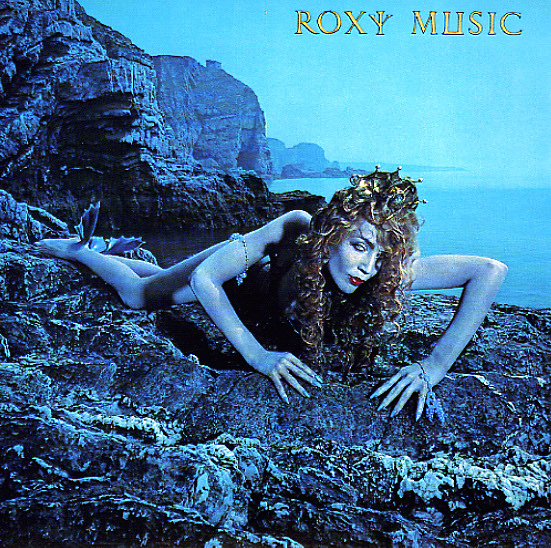 Quite possibly the biggest early moment of US fame for Roxy Music – thanks to the classic "Love Is The Drug", which kicks off the album and is easily one of the group's best-known tunes of the 70s! The album tightens things up slightly from the sound of Country Life before – not as many dark corners, but still plenty of the offbeat styles that make these early Roxy Music albums so great – with none of the softer styles that took over during the early 80s years. Other tracks include "End Of The Line", "She Sells", "Could It Happen To Me", "Both Ends Burning", "Just Another High", and "Whirlwind".  © 1996-2022, Dusty Groove, Inc.
(75 Rockefeller pressing.)

Flesh & Blood
Atco, 1980. Near Mint-
LP...$14.99 (CD...$3.99)
A fantastic start to the second chapter of Roxy Music – a time when the group was stripped down to a trio, and almost seemed to arise as a way to answer the newer music that was coming up from all the younger groups that Bryan Ferry had influenced with his work in the 70s! Things aren't as ... LP, Vinyl record album