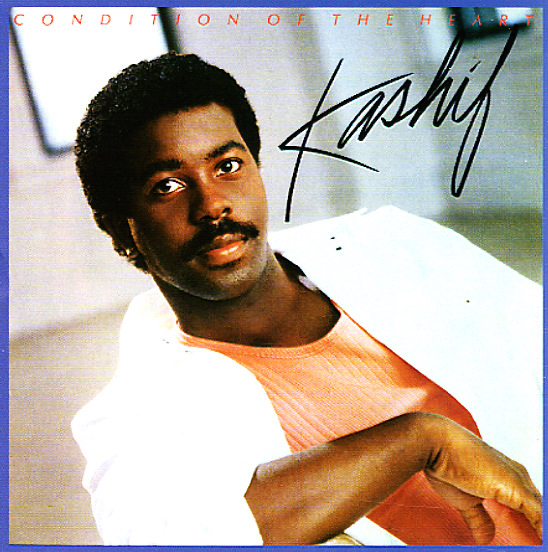 Condition Of The Heart

An 80s soul classic from Kashif – an artist who really helped transform R&B at the time, all without the benefit of a last name! The album's completely arranged and produced by Kashif himself – cementing the reputation he'd begun working behind other artists in the earlier part of the decade before going onto greater fame as a solo act on his own – a rock-solid approach to soul music that bristles with the best innovations of the 80s soul generation. Most tunes are heavy on beats, but use them in just the right ways – and keyboards provide a good amount of the rest of the instrumentation, but fleshed out strongly so that they work well next to the vocals. Tunes are a nicely balanced blend of mature male soul and some slightly catchier groovers – and titles include "Botha Botha", "Dancing In The Dark", "Movie Song", "Say You Love Me", "Stay The Night", and "Condition Of The Heart".  © 1996-2021, Dusty Groove, Inc.
(Includes the printed inner sleeve. Cover has a cut corner, a hype sticker, light wear, and some aging.)