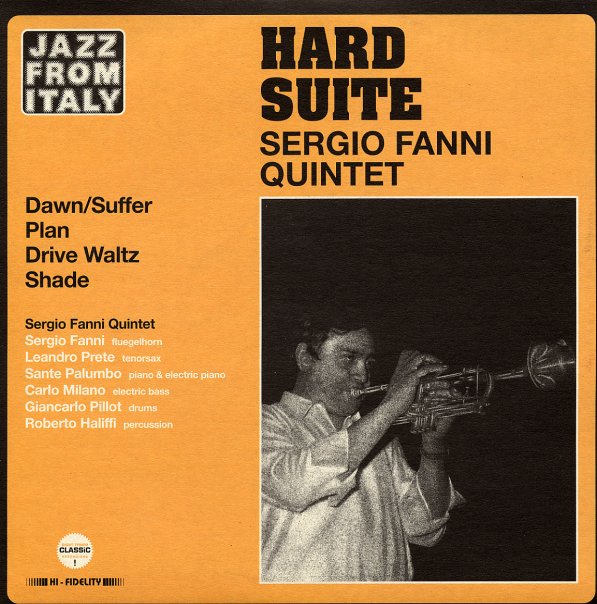 An excellent bit of soulful post-Coltrane jazz! The group is a sextet led by Italian trumpeter Sergio Fanni – and it features piano and electric piano by Sante Palumbo, plus tenor, drums, electric bass, and percussion. In a way, the album reminds us a lot of early 70s work by American groups like The Bridgewater Brothers or The Visitors – in that it's got a free style of blowing on some of the introductions and introspective moments, but slams into a hard modal groove for the bulk of the tracks. Fanni's solo work is especially great, and is filled with the soulful searching of players like Benny Bailey or Cecil Bridgewater, a style that sounds particularly nice over the album's long piano lines. Titles include "Shade", "Plan", "Drive Waltz", and "Dawn/Suffer".  © 1996-2021, Dusty Groove, Inc.