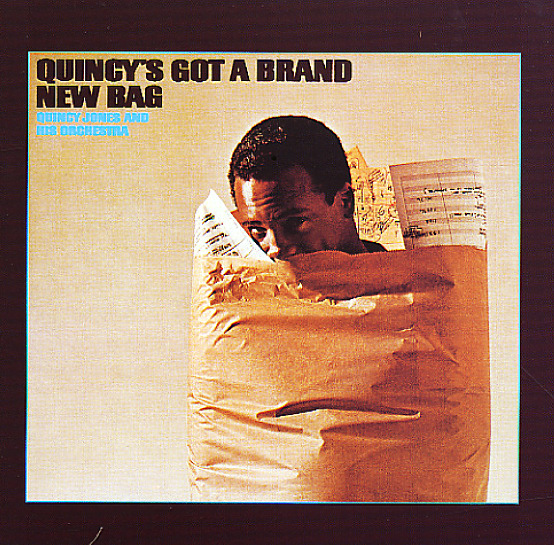 Quincy's Got A Brand New Bag

A very groovy set of short jazzy numbers from Quincy – a consummate expression of all the work he'd forged in the 60s on soundtracks and other jazz sides for Mercury! The album features Quincy working through a lot of soul numbers – jamming on them instrumentally with players that include Jerome Richardson, Bobby Bryant, Plas Johnson, Ray Charles, Carol Kaye, and Ben Tucker – plus a nice brace of percussion from Ray Bryant and Gary Coleman. Titles include "Boss Bird", "Papa's Got A Brand New Bag", "I Got You (I Feel Good)", "Mohair Sam", and "Baby Cakes".  © 1996-2021, Dusty Groove, Inc.
(Stereo red label pressing. Cover has light wear and a cutout hole.)