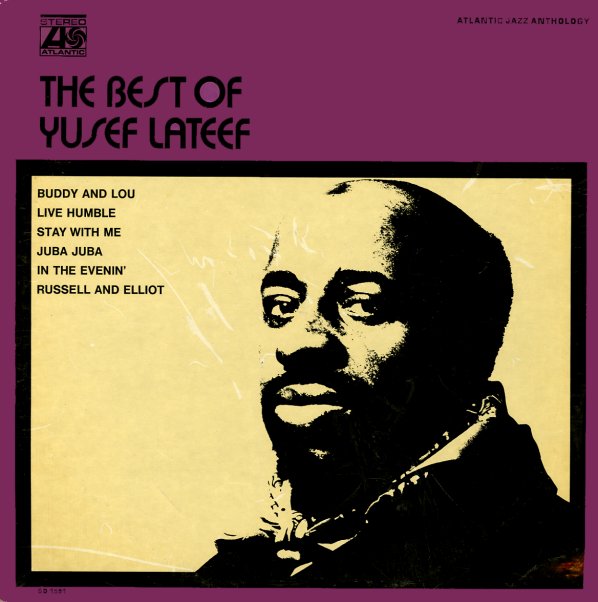 A half dozen of the nice soul jazz numbers Lateef cut for Atlantic in the late 60s, with a bevy of top notch sidemen that include Joe Zawinul, Bernard Purdie, Ray Barretto, Cecil McBee, Hugh Lawson, Eric Gale, Chuck Rainey and Tootie Heath. Includes "Buddy & Lou", "Live Humble", "Stay With Me", "Juba Juba", "In The Evenin'" and "Russell & Elliot".  © 1996-2021, Dusty Groove, Inc.
(White label stereo promo. Cover has some aging, gloss peel on front, and a light stain along the opening.)

Gentle Giant
Atlantic, 1972. Very Good
LP...$9.99
One of the greatest Yusef Lateef albums on Atlantic Records – and that's saying a lot, given the high level of quality he was hitting at the label! The album's a perfect blend of the newly-funky Lateef style with some hipper, more sophisticated touches – a mode that hints at his bigger- ... LP, Vinyl record album