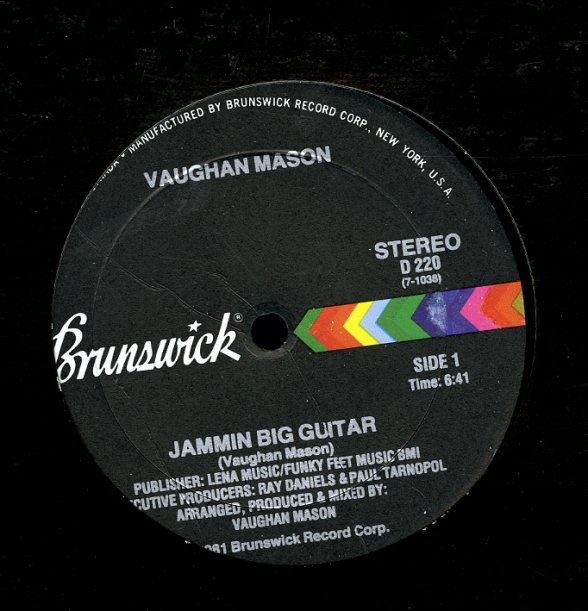 A monster rollerskating track! "Big Guitar" is almost every bit as great as "Bounce Rock Skate Roll" – Vaughan's other classic from the time, and it's especially as good on the "rockin" side, which is an instrumental with some great Chris Stein-esque riffing, and a nice little "Rapture" groove!  © 1996-2022, Dusty Groove, Inc.

Bounce Rock Skate Roll (parts 1 & 2)
Brunswick, 1979. Very Good
12-inch...$19.99
What can we say? This is a classic! The track has a monster roller skating groove that's been sampled more than a few times over the years – but which still sounds incredible on its own! Both parts are great – and even though the single's pretty darn long, you still never want it to ... 12-inch, Vinyl record

Roller Skate/Cravin Your Body
Brunswick, 1979. Near Mint-
12-inch...$19.99
Perhaps not as well known as "Bounce, Rock. . .", but still a great roller skating groove, with heavy rolling bass, a chirping whistle in the background and nice dose of moogy keys over a popping groove that'll keep any rink or disco moving! 12-inch, Vinyl record