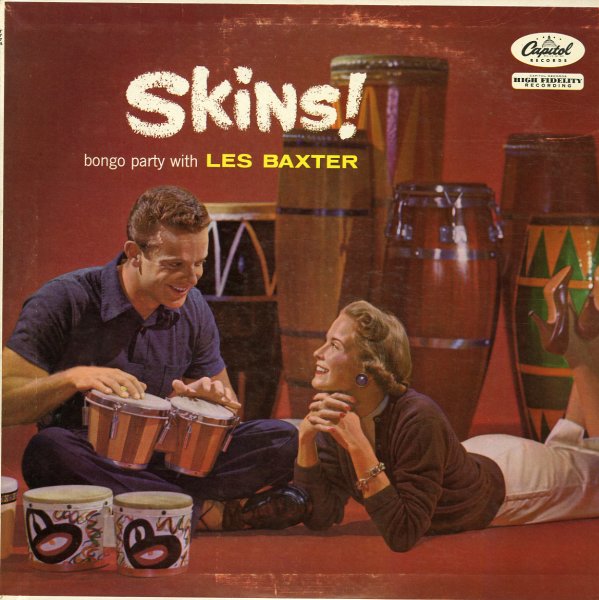 Very groovy LP of bongo-oriented tracks conducted by Les Baxter for "young America" (or so says the label!) The overall feel is nice and jazzy, and the tracks have a nice snapping bongo sound. Tracks include "Reverberasia", "Bustin the Bongos", "Brazilian Bash", and "Afro-Deesia" – and they all sound as great as the titles might imply.  © 1996-2022, Dusty Groove, Inc.
(Mono turquoise label pressing. Vinyl has numerous surface marks but plays better than it appears. Cover has some wear and aging, spit top seam held with clear tape, and a small sticker at the top left corner. Label on Side 2 has a sticker.)