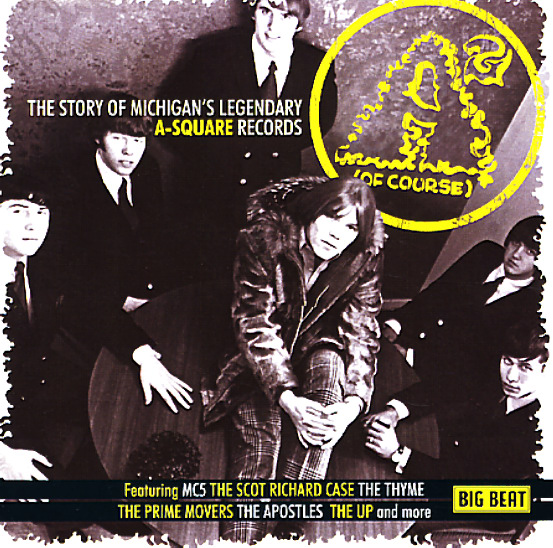 A great look at the Michigan scene before things broke big on labels like Elektra and Columbia – rare early recordings from the A Square label – some of them never issued at the time, and together a perfect portrait of that amazing new sound that was coming from Detroit, Ann Arbor, and Beyond! There's definitely a few points here that really resonate with the Elektra releases of 1968 and 1969 – and there's some other material that's a bit more gritty and garagey, but which works well with the rest. Titles include an early pre-Stooges track with Iggy Pop – "I'm A Man" by The Prime Movers – plus early MC5 material, on "Looking At You" and "Border Line" – plus "I'm So Glad" and "Get The Picture" by The Scot Richard Case, "Somehow" and "Time Of The Season" by Thyme, "Stranded In The Jungle" and "Tired Of Waiting For You" by The Apostles, "Get Down" by Half Life, "Mystery Man" by Dick Wagner & The Frost, and "Just Like An Aborigine" by The Up.  © 1996-2023, Dusty Groove, Inc.