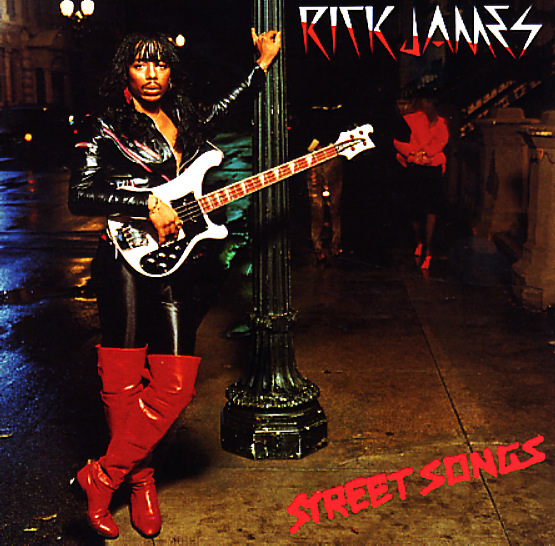 One of the all-time great Rick James albums – a return to funkier sounds for Rick that worked both artistically and commercially – and actually got over far better than his more blatant attempts at crossover material on other records! The mix here is perfect – a true summation of all that made Motown great at the time, and the special sort of energy that made Rick one of the freshest mainstream talents at the end of the 70s! The record put a lot of money in Barry Gordy's pockets, and for good reason too – given that the set includes the classic hit "Super Freak" – plus "Give It To Me Baby", "Ghetto Life", "Make Love To Me", "Below The Funk (Pass The J)", and "Fire & Desire" – all done in that compressed pop-funky style that James kind of took from Bootsy Collins and manage to successfully soup up for the masses!  © 1996-2022, Dusty Groove, Inc.
(Canadian pressing. Includes the printed inner sleeve.)