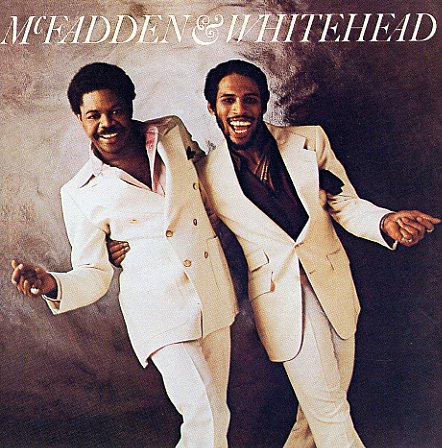 A stone Philly classic – and a record that gave the world one of the most positive, upbeat tunes ever! The team of McFadden & Whitehead were not only one of the best songwriting duos in the Philly International stable – they were also a great soul combo who really knew how to work the dancefloor – stepping out with surprising tightness on this debut set, and really earning some great fame as they moved from the background to the limelight! This first album by the team is certainly their strongest legacy – as it contains their massive cut "Ain't No Stoppin Us Now", a righteous dancefloor anthem that became as much a political rallying cry as it did a call to boogie. The cut's a monster, and it's included here with similar numbers like "Just Wanna Love You Baby", "Got to Change", "I've Been Pushed Aside", and "Mr. Music".  © 1996-2022, Dusty Groove, Inc.
(Cover has light wear. Label has initials in pen.)