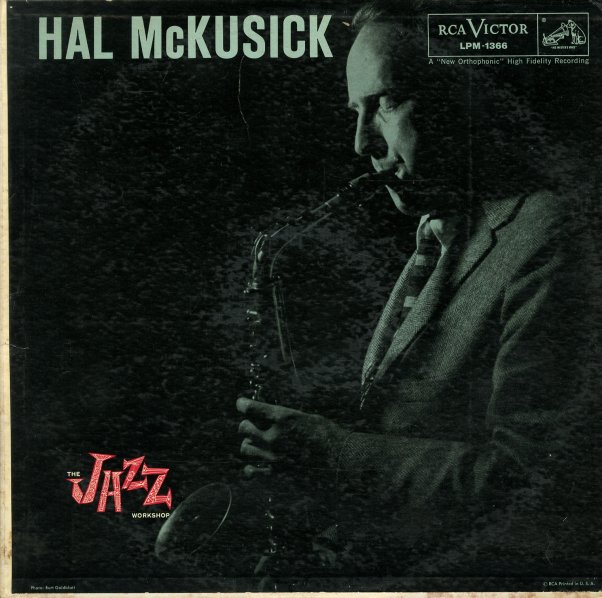 Sublime work from Hal McKusick – one of those mid 50s modernists who offered up such hope for new ideas at the time, and who seemed to all but disappear by the middle of the next decade! This album's one of Hal's finest – an optimistically crafted batch of tunes written by many of the 50s best modernists: Gil Evans, Jimmy Giuffre, George Russell, and others – played by a group that includes Art Farmer, Barry Galbraith, Jimmy Cleveland, and Milt Hinton. The approach is east coast chamber jazz – a refreshing change from the west coast version, made all the better by McKusick's crisp tone and precise blowing. Titles include "Alto Cumulus", "Tommy Hawk", "Lydian Lullaby", "One Score & Eight Horns Ago", "Jambangle", and "Just Leave It Alone".  © 1996-2021, Dusty Groove, Inc.
(Mono black label pressing with deep groove. Label on Side 1 has an address sticker. Cover has some wear and aging, small splits in the seams, with some notes in pen, an address sticker, and Special Issue stamp on back.)