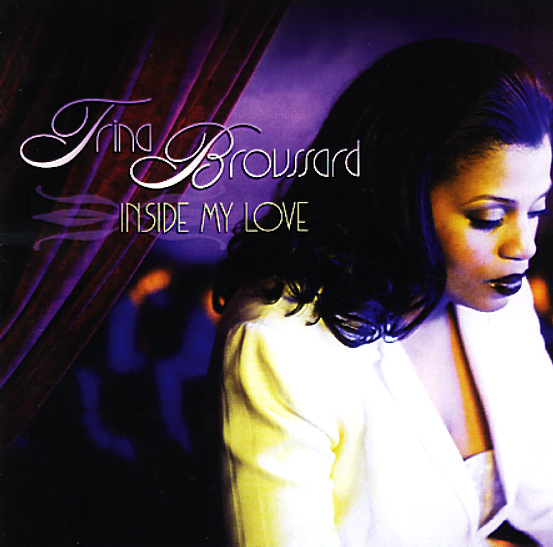 The long-overdue release of Inside My Love – a sublime little set recorded by Trina Broussard in the late 90s – originally planned for the So-So Def label, but never properly issued at the time! The album's years ahead of most soul of the time – a great precursor to the Neo Soul explosion that major labels would finally get behind in the 21st Century, but which still left them scratching their heads back in the 90s – and failing to get music this great out to the market. Thankfully, Expansion have helped fix a decade-old mistake – and they're letting Trina's warmly soulful sound sparkle beautifully with this well-done reissue. Broussard's got a wonderfully classy approach to her music – one that's been appreciated in subsequent releases, but which comes through even more clearly here – a great sense of poise that's almost classic in a Phyllis Hyman sort of way. Titles include "Losing My Mind", "Why Do I Feel So Sad", "All I Need Is You", "All Night Long", "Not Around", "Remember Me", "Sailing", "Say You Really Love", and "Inside My Love". CD also features the bonus track "It's Not Really Christmas".  © 1996-2022, Dusty Groove, Inc.