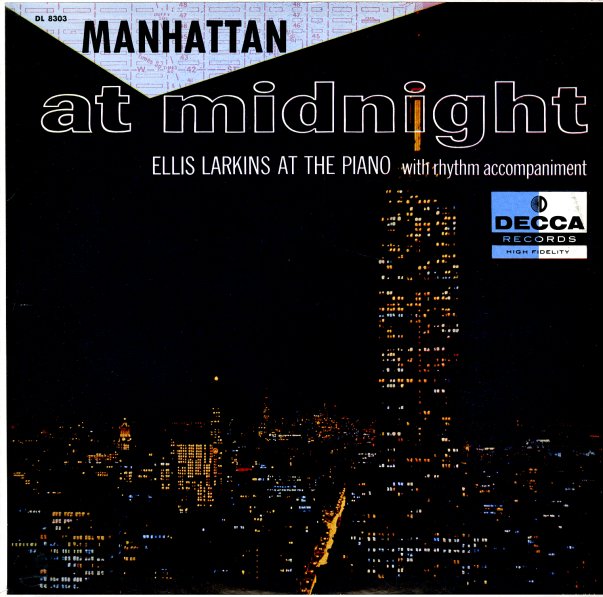 A dark suite of tracks dedicated to New York after hours – played by the wonderful Ellis Larkins, a vastly-overlooked 50s pianist who was always great at moody sessions like these! Most of the tunes are familiar ones – "Manhattan Serenade", "Lullaby Of Birdland", "Forty Five Minutes From Broadway", "Autumn In New York", and more – played by Larkins with a rich style that features very little other backing – all quite evocative, and really getting at the sad mode of New York as the lights start to dim.  © 1996-2020, Dusty Groove, Inc.
(Black label pressing with deep groove.)