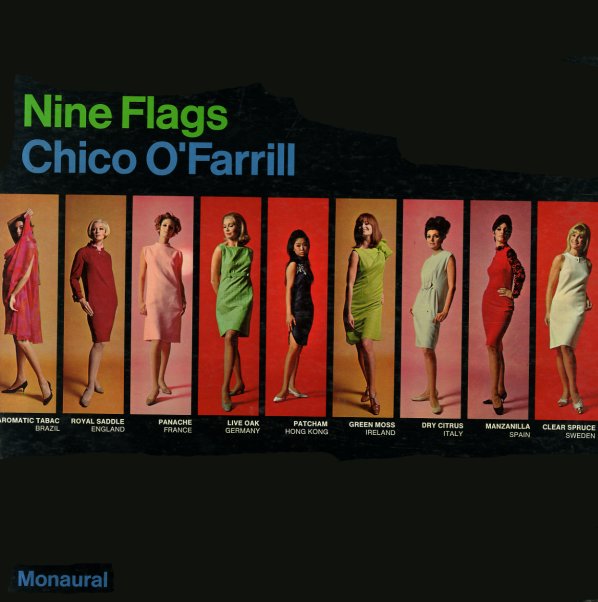 Very groovy work from Chico – still very Latin at the core, but with lots of light 60s touches on top, ala the work of Gary McFarland, or some of the other groove-conscious arrangers for Verve and Impulse! Players on the set include Art Farmer, Clark Terry, JJ Johnson, Seldon Powell, and Pat Rebillot – and there's a nice choppy approach to the tracks that keeps the whole thing fresh! Titles include "Live Oak", "Patcham", "Panache", "Green Moss", and "The Lady From Nine Flags". Very groovy cover, too – with images of ladies from around the world, illustrating the Nine Flags concept!  © 1996-2022, Dusty Groove, Inc.
(Orange and black label stereo pressing. Label has a small name stamp, but is nice overall – and cover is great!)

Wrapped Tight
Impulse, 1965. Very Good+ Gatefold
LP...$59.99
Great later Coleman Hawkins on Impulse – just the sort of deep-toned, soulfully-blown record that makes all his sessions for the label so great! Hawk's very firmly in the lead on that classic tenor of his – but the rest of the lineup keeps things swinging too – with Snooky Young ... LP, Vinyl record album