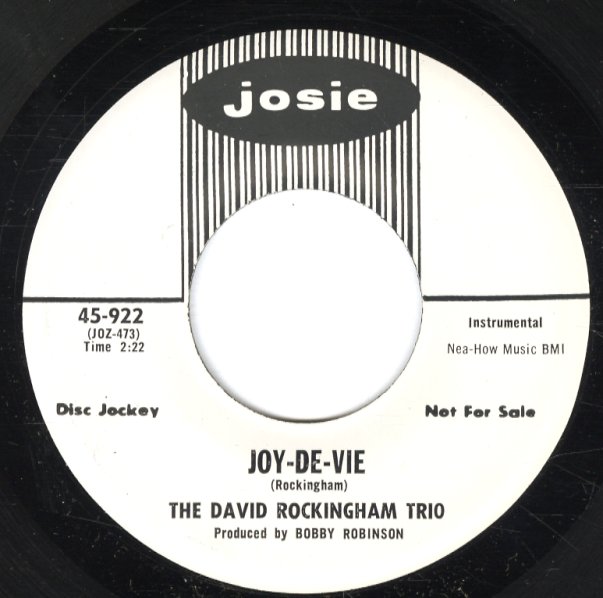 Organ groover! "Soulful Chant" is a stunner from David – who seems to be working overtime on the keys of the organ for this one, playing fast, loud, and free in full-on mode, just to keep up with the bass and drums, which are pounding away for dear life! "Joy" is a nice groover too – with a churchy stomping groove that's got a real "Wade In The Water" sound.  © 1996-2021, Dusty Groove, Inc.
(White label promo. Label has a small sticker and Xs in pen.)