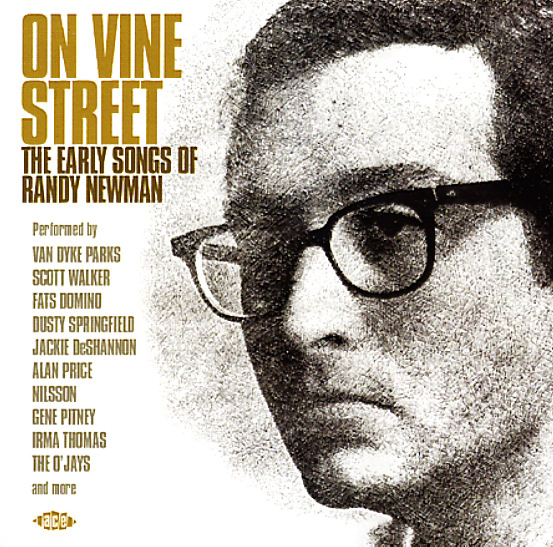 On Vine Street – The Early Songs Of Randy Newman

Way before his recent soundtrack fame, Randy Newman was one heck of a great songwriter – and at the start of his career he penned some of his best songs ever – most of which are featured here in this sweet little set! Back in the 60s, Newman had an ear for unusual themes and topics – and wrote these great little songs that got real personal, really fast – moving past the fluffier themes of mainstream pop, and into more honest, earnest territory that really set the stage for the growth of the singer/songwriter at the end of the decade. Most of the recordings here pre-date Newman's own versions of the tunes during his classic years at Reprise – and they're a great illustration of the way his words already had a big impact on the world of 60s pop. CD features 26 tracks in all, by a surprising array of artists – and titles include "Love Story" by Rick Nelson, "Simon Smith & The Amazing Dancing Bear" by Alan Price, "Have You Seen My Baby" by Fats Domino, "Old Kentucky Home" by The Beau Brummels, "So Long Dad" by Nilsson, "I Think It's Going To Rain Today" by Dusty Springfield, "Big Brother" by Calvin Grayson, "Friday Night" by The O'Jays, "Happy New Year" by Beverley, "I Can't Remember Ever Loving You" by Tammy Grimes, "Looking For Me" by Vic Dana, "They Tell Me It's Summer" by The Fleetwoods, "Love Is Blind" by Erma Franklin, "Somebody's Waiting" by Gene McDaniels, and "Just One Smile" by The Tokens.  © 1996-2023, Dusty Groove, Inc.