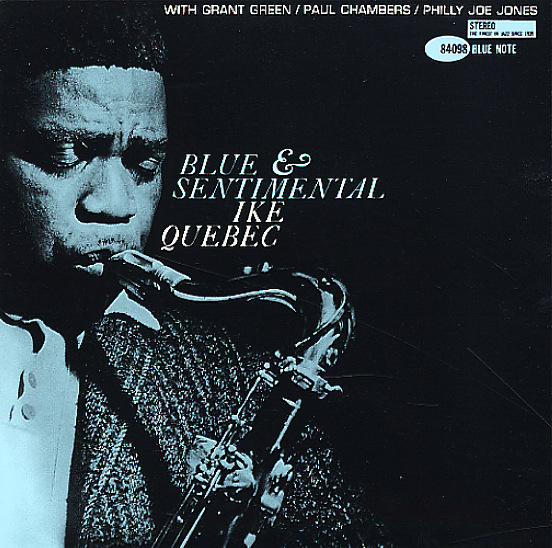 Moody late night tenor musings by one of Blue Note's greatest talents of the early 60s! The album's a classic through and through – and the tenor of the mighty Ike Quebec is set up nicely in a solid quartet with Grant Green on guitar, Paul Chambers on bass, and Philly Joe Jones on drums. There's no piano on the album, which really opens things up a lot, and lets the guitar/tenor lines get all snakey and introspective – with just the right dose of "blue" and "sentimental" to sweeten things up without getting all gooey! A seminal bit of Ike Quebec – and proof that he was one of Blue Note's greatest discoveries ever! Titles include "Minor Impulse", "Blues For Charlie", and "Like". CD features 2 bonus tracks – "It's All Right With Me" and "That Old Black Magic".  © 1996-2021, Dusty Groove, Inc.