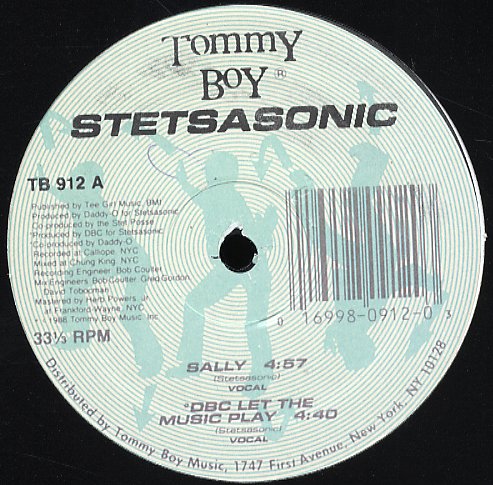 One of the big early hits for Stetsasonic, from the Full Gear LP, with one of the first, and still the best uses of the Dyke & the Blazers "Let A Woman Be A Woman, Let A Man Be A Man" sample!  © 1996-2021, Dusty Groove, Inc.
(Original pressing with Herbie etch. Labels are stained and faded.)

Time Is Running Out (voc, last minute mix, overtime mix)
Tommy Boy, 1984. Very Good+ (pic cover)
12-inch...$0.99
Not quite up to the standards of the Jonzun Crew classics, with production by Maurice Starr. Still a little of the electro sound, but it sounds more like something from Atlantic Star. 12-inch, Vinyl record