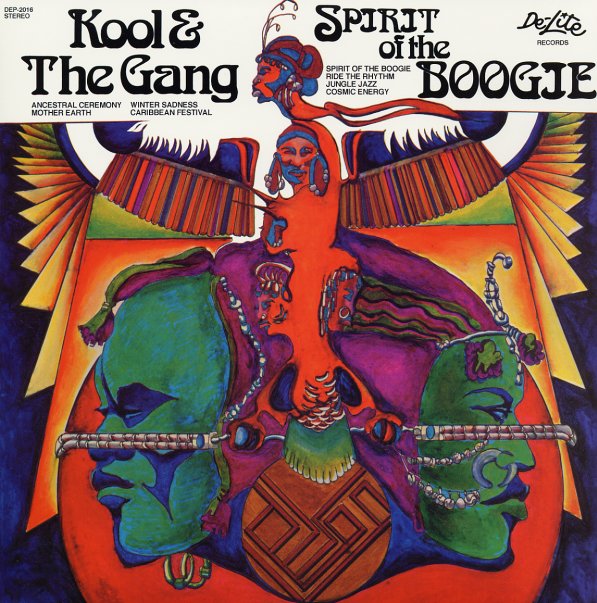 Spirit Of The Boogie

Way more than just a "boogie" album – as you might think from the title – and much more a hard-hitting batch of funky tunes, mixed with some even cooler laidback numbers! The album follows heavily off the style of Wild & Peaceful – mixing together the group's older crack rhythms with some newer, hipper, jazzier inflections – making for an incredibly powerful sound that really opens them up. Titles include the massively funky "Jungle Jazz" – a jazzy follow up to "Jungle Boogie" – plus some spiritual numbers that have a cosmic soul jazzy feel, like the tracks "Cosmic Energy", "Ancestral Ceremony", and "Winter Sadness". The whole thing's great – and other titles include "Mother Earth", "Caribbean Festival", and "Ride The Rhythm".  © 1996-2020, Dusty Groove, Inc.
(Cover has light wear. Vinyl plays with a click on side one, track four.)

Trying To Get To You
Warner, 1978. Very Good+
LP...$1.99
A nicely understated set from the great Eugene Record – one that really has him moving forward in a mature, masculine role after his work with The Chi-Lites! Record's a great lead act on his own – and has a sense of confidence that's nicely balanced with some of the heartbreaking tones ... LP, Vinyl record album