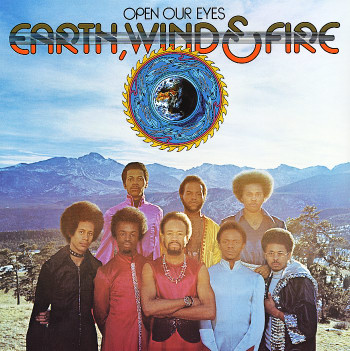 Spiritual, soulful, and oh, so beautiful! This record captures Earth Wind & Fire at a perfect transition moment – when they've still got some of their avant jazz roots, but are leaning towards the smooth soulful funk sound that put them on the charts a few years later. The whole thing's a wonderful mix of spiritualism and funky jazz – and it includes their massive cover of "Mighty Mighty", plus a lot of tracks with cool instrumentation, like "Kalimba Story", "Drum Song", and "Caribou". Great jazzy groovers, all of them! Contains 4 previously unissued tracks – "Ain't No Harm To Moan", "Step's Tune", "Dreams", and "Fair But So Uncool (Walkin In N'Awlins mix)".  © 1996-2021, Dusty Groove, Inc.

Free Life
CBS/PTG (Netherlands), 1978. New Copy
CD...$11.99
One of the great late 70s Columbia sets from the Earth Wind & Fire side of the universe – the one and only album by this obscure west coast group, who get some strong help in the studio from Phillip Bailey! Bailey co-produced, and wrote some great songs for the record – and the ... CD

I Love To Love (plus bonus tracks)
CBS/RPM (UK), 1976. New Copy
CD...$12.99
A great expanded version of this classic from Tina Charles – one that brings in 8 more bonus tracks from her pre-disco years! These tunes are really wonderful – titles that show a style of female pop that still has the soul-influenced quality that was picked up by the British scene in ... CD