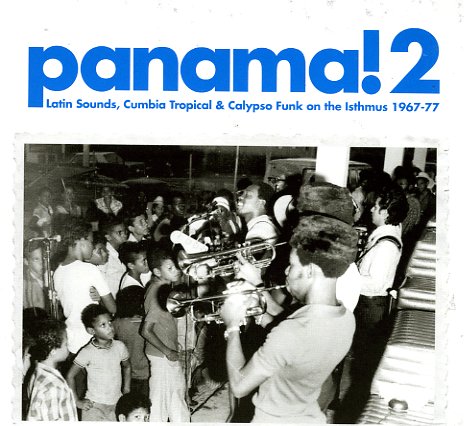 A second heavy dose of sounds from the Panamanian scene of the 60s and 70s – a long-overdue companion to the previous volume of the series on Soundway, filled with rare gems that are finally getting their first exposure to the world outside the isthmus! The sounds here are completely fresh – somewhat Latin-styled in the rhythms, but often put together in ways that are quite different than any more familiar music of the time – touches of tropical styles, funky grooves, and other odd elements that really keep things interesting – shifting our ears way past any easy expectations, and making us love the Soundway label all over again for their massive work in digging up the rare stuff! The package contains rich notes on the music put together by the label – a look at this oft-ignored musical culture, complete with vintage photos and record images too, so that the whole thing's almost as much of a visual treat as it is an audio one. Titles include "Descarga Superior" by Los Superiores, "Jazzy" by Los Papacitos, "Borambon" by Camilio Azuquita, "La Escoba" by Alfredo Y Su Salsa Montanera, "Love Letters" by Lord Cobra Y Los Hnos Duncan, "Piculina" by Chilo Pitty, "Ain't No Sunshine" by The Soul Fantastics, "Dreams" by The Duncan Brothers, "Tamborito Swing" by Los Silvertones, and "Ese Muerto No Lo Cargo Yo" by The Exciters.  © 1996-2021, Dusty Groove, Inc.

Viejas Raices De Las Colonias del Rio De La Plata
Trova/Altercat (Germany), 1976. New Copy (reissue)
LP...$29.99 (CD...$16.99)
One of the coolest records we've ever heard from this legendary Argentine pianist – a set that has Jorge Lopez Ruiz playing lots of Fender Rhodes, and mixing it in with both rootsy Latin percussion and a number of other keyboards too! The set's almost a South American version of some of ... LP, Vinyl record album