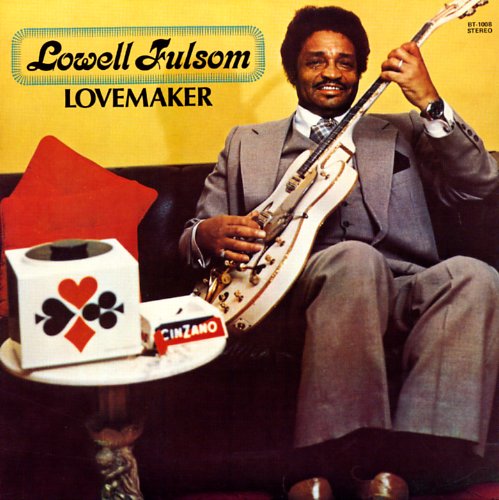 A bit later than some of Lowell Fulsom's funk work for Kent Records – but a set that's almost more vintage overall! The album's recorded for the short-lived Big Town imprint – a late 70s venue that took older R&B artists back to the sounds of a few decades before – never too rootsy, thanks to the style of production – but with less attempt to crossover to a contemporary audience than the artists might have used on another label. There is a fair bit of heavy guitar in the 70s – a kind of post-blues revival feel that comes on loud and clear, and which sounds especially great on the title track "Lovemaker", which almost has a funky "Tramp" groove at the bottom! Other cuts include "Bending Like A Willow Tree", "Get The Cash & Let The Credit Go", "My Mind Is Trying To Leave Me Too", "When Things Go Wrong", and "I Am Not Worried". CD features 2 bonus tracks – "Price For Love" and "All I Want Is For You To Love Me".  © 1996-2022, Dusty Groove, Inc.