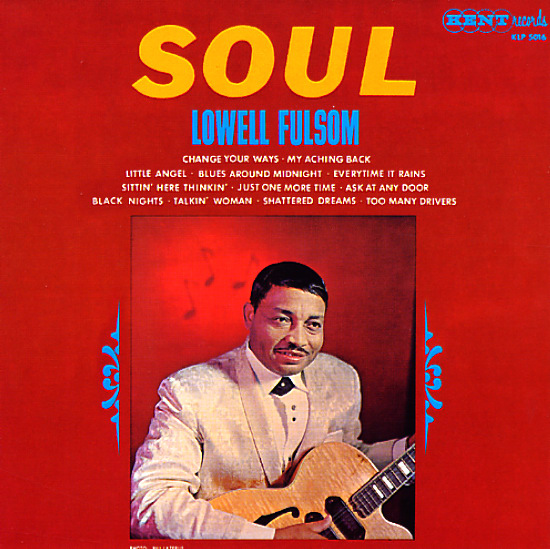 The title gets it right here – as the album's as much a soul effort as a blues one – and is a nice change from the sound of Lowell's earlier years! There's still plenty of grit in the grooves here – and even with the front cover proclamation, the album's still one that's best filed in the blues racks – but the album does show a great mixing of modes that was common for some of the west coast releases on the Kent label at the time – the kind of south LA blend of sounds from the east mingled with the 60s changes going on in its own community. Lowell's vocals have a hard-bitten edge that's totally great, and instrumentation includes some heavy piano and guitar, plus some of the heavier rhythms that point towards his famous Tramp sound to come. The album has a pretty nice soulful feel – a bit rootsy, but also with some urban electric touches that go nicely with Lowell's vocals – and titles include "Shattered Dreams", "Talkin Woman", "Black Nights", "Sittin Here Thinkin", "Every Time It Rains", and "My Aching Back". CD features 2 bonus tracks – "Strange Feeling" and "Trouble I'm In".  © 1996-2021, Dusty Groove, Inc.