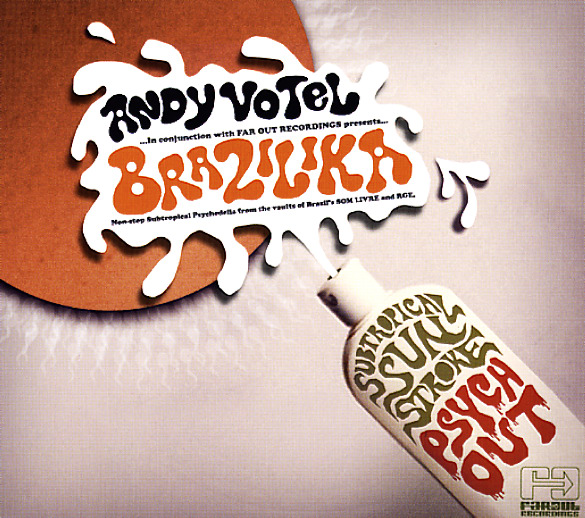 The hippest installment so far in the Brazilika series – a mad mix of musical styles from Finders Keepers mainman Andy Votel – all in a freaky, funky, fuzzy blend of sounds! The tracks here are much grittier than the work we're used to hearing from the Far Out label – as Votel's dug through the 60s and 70s vaults of RGE/Som Livre Records to come up with rare Brazilian rock, funk, and other heavy styles from back in the day! As with Votel's reissues on Finders Keepers, there's a sound here that's informed by beathead record collecting – a love of older grooves directed by current musical developments – all with a definite ear for the wilder side of the sound spectrum. Most tracks have a pretty heavy groove – and the styles run from psychedelic rock through Tropicalia-inspired tunes, to post-bossa, Bahian sounds, and more. Titles include "Funga Funga" by Trio Soneca, "Careta" by Betinho, "Modulo Lunar" by Os Brazoes, "Terra Livre" by Abilio Manoel, "Os Bichos" by Trio Soneca, "De Vera" by Novos Baianos, "Ciladas" by Pery Ribeiro, "Se Voce Pensa" by Moraes Moreira, "Flores Belas" by Tim Maia, "1974" by Gerson Conrad & Zeze Motta, "Gamboa" by Brazilian Octopus, "Deixe Entrar Um Pouco D'Agua No Quintal" by Os Mutantes, "Periscopio" by Azimuth, and "Gotham City" by Os Brazoes.  © 1996-2021, Dusty Groove, Inc.