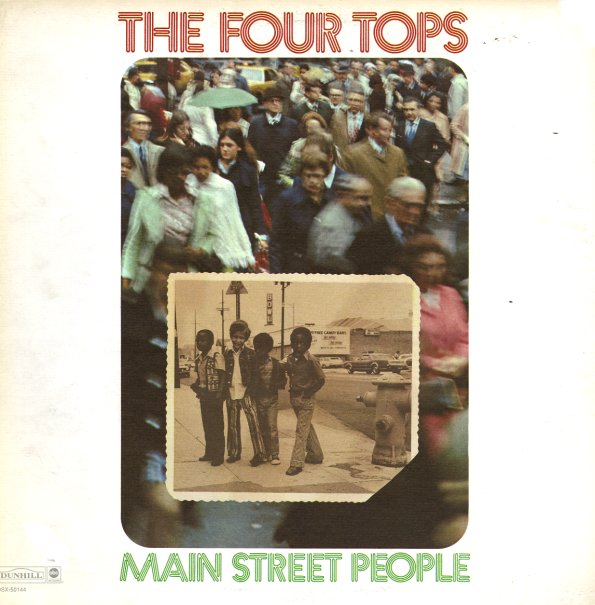 Really nice work from The Four Tops – proof that they were still going quite quite strong after Motown! The album's got a hip sound that shows the group moving through a wider range of emotions than we ever remember – crafting rich deep harmonies that still stand apart from the big wave of sweet soul quartets of the early 70s, and which sparkle with all the emotion that Levi Stubbs' voice had to offer. Includes their great theme to Shaft In Africa, the track "Are You Man Enough" – plus loads of other great ones like "I Just Can't Get You Out Of My Mind", "It Won't Be The First Time", "Sweet Understanding Love", "Too Little, Too Late", "Peace Of Mind", and "Main Street People".  © 1996-2022, Dusty Groove, Inc.
(Original pressing. Cover has a cut corner, cutout hole, and light wear.)

Changing Times
Motown, 1970. Near Mint-
LP...$11.99 16.99
A very hip album from the Four Tops – cut with kind of a political/social edge, and a heavy vibe that was similar to what the Temptations had been using on some of their important albums for Motown at the end of the 60s. In fact, this one's got so much of that righteous Temps vibe that we ... LP, Vinyl record album

Yesterday's Dreams
Motown, 1968. Very Good+
LP...$1.99 3.99
A mix of pop and soul – but in the hands of the Four Tops, just about any song takes on a new soulful life! The record features their minor hit "Yesterday's Dreams" – plus groovy versions of "Sunny", "Never My Love", "Daydream Believer", and ... LP, Vinyl record album