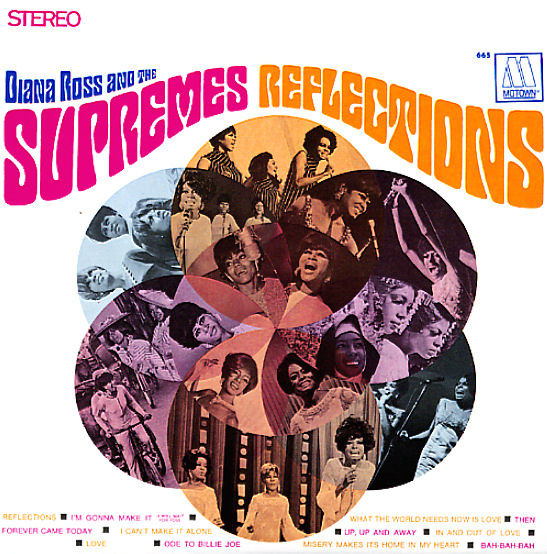 One of the later Supremes albums with Diana Ross as the headliner – and the final Supremes album with Holland-Dozier-Holland pulling the strings – and led of by the incredible title track! "Reflections" is a straight up incredible tune – one of those late 60s Motown production that allowed some of the sunshine and leftfield touches of the Pet Sounds era bubble underneath – and the huge, glorious chorus you'll be humming forever. Load of the slowbuilding hooks on this one – with tracks that include "Forever Came Today", "I Can't Make It Alone", "In And Out Of Love", "Bah-Bah-Bah", "What The World Need Now Is Love", "Up, Up And Away", "Then", "Misery Makes It's Home In My Heart" and "Ode To Billy Joe".  © 1996-2021, Dusty Groove, Inc.
(Stereo pressing with deep groove. Cover has light wear and aging.)