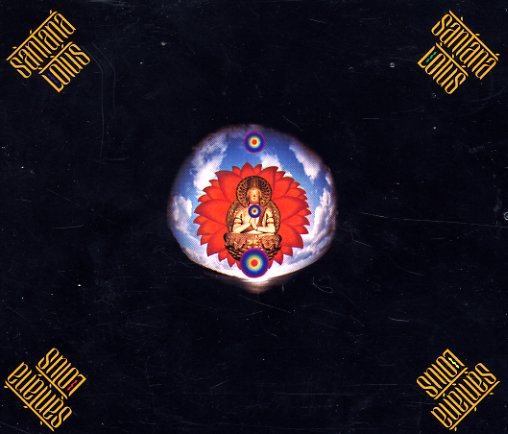 A great live Santana set, recorded in Japan in '73 and never released on vinyl in the US! The band here is at their peak, and this set features a nice large lineup that includes Tom Coster, Richard Kermode, Doug Rauch, Armando Peraza, Jose Chepito Areas and Michael Shreve, plus Leon Thomas on vocals! Some tracks show the clear influence of Miles' electric jazz recordings from the same period, while others have a hardcore Latin percussion base, and as you can imagine there's no shortage of full on guitar pyrotechnics and jamming on all the band members' parts. Most of the group's tracks that have entered classic status are here, but the moments that shine the brightest are the lesser known numbers and extended passages where the group really gets into the groove! Includes "A 1 Funk", "Gypsy Queen", "Oye Como Va", "Yours Is The Light", "Batuka", "Xibaba", 'Waiting", "Free Angela", "Samba De Sausalito", "Mantra", "Kyoto", "Incident At Neshabur" and "Toussaint L'Overture".  © 1996-2021, Dusty Groove, Inc.
(Dutch pressing in the fold-out cover. NOTE – Includes the extras, but the entire package is stained at the bottom 3 inches, with some waviness and peeling.)