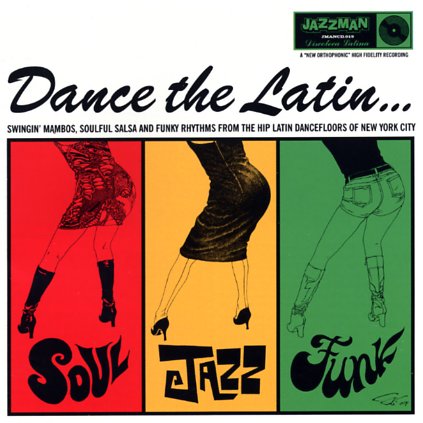 The vaults of Fania Records, plumbed by the Jazzman crew – all in a double-strength approach to Latin grooves! The wealth of great music on Fania, Tico, and related labels is well-known to Latin groovers worldwide – but the Jazzman crew have managed to bring a nicely fresh perspective to the labels here – going for cuts that show the labels' appeal to the funky 45 underground, thanks to a healthy dose of soul, jazz, and funk in the mix! Most of these numbers represent the cream of the crop of the New York scene of the late 60s and early 70s – not the mainstream one, but the side that was bubbling under uptown – as influences from Spanish Harlem mixed in nicely with older influences from Cuba and Puerto Rico. CD features 18 tracks in all – most of the numbers that were previously on the expensive 7" box sets that were part of the Fania/Jazzman project – and the set also features all the original notes on each tune too. Titles include "Doug's Room" by Mauricio Smith, "Come An Get It" by Eddie Palmieri & Cal Tjader, "Soana" by Noro Morales, "Hit The Bongo" by Tito Puente, "Geronimo" by Bobby Valentin, "Fever" by La Lupe, "Soul Drummers" by Ray Barretto, "Black Brothers" by Tito Puente, "Mambomongo" by Mongo Santamaria, "Camel Walk" by The Latinaires, "Tighten Up" by Al Escobar, "I Got The Feeling" by Chollo, "Use It Before You Lose It" by Bobby Valentin, and "Never Learned To Dance" by Harvey Averne.  © 1996-2021, Dusty Groove, Inc.