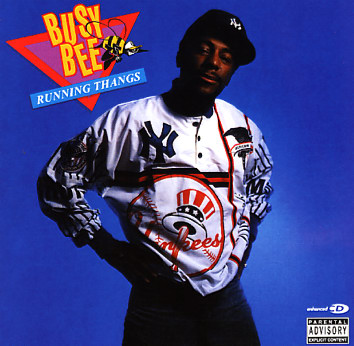 One of those album's you have to love – not only because it's extra dope, but because it's a slept on gem by one of hip hop's pioneers – one that keeps it real in a sense that seems lost so many years down the line! Raw beats and ultimately fairly simple, but charismatic rhymes that just seems to dovetail well in a very satisfying way. Produced by Jazzy Jay and engineered by Skeff Anselm. 10 tracks in all, including "Running Thangs", "Suicide", "Murder", "Converse", "Get Busy", "Don't Play", "Kickin' Flavor", "Express", "Old School" and the nice DJ cut "Jazzy On The Mix".  © 1996-2022, Dusty Groove, Inc.
(Cover has a promo stamp, a faded name in marker, and some flaking on one corner.)

Resurrection
Relativity, 1994. Near Mint-
LP...$24.99
In 1994 when everyone seemed to be turning hardcore, Common Sense wasn't having it. Introspective tales of growing up and living on the South Side that fit perfectly with No I.D.'s mellow production and spiced up with two guest appearances by Y-Not aka Twilight Tone. Classic LP, solid all the way ... LP, Vinyl record album