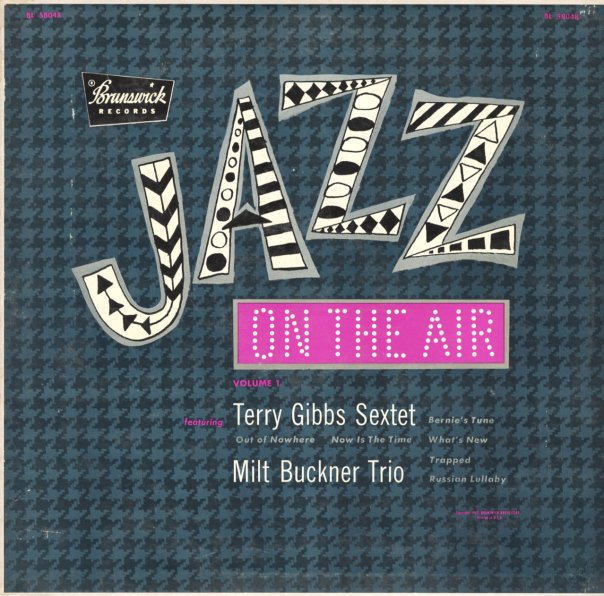 Rare Brunswick work from Terry Gibbs – a groovy 10" LP, split with the group of Milt Buckner! Side one and part of side two feature Terry leading a very cool group – a combo with Gibbs on vibes, plus piano, bass, and drums – and a young Don Elliott on mellophone, making a key appearance here, and giving the record a nicely swinging sound! Gibbs' vibes have that warmly chromatic sound we love so much from this time – and titles include "Out Of Nowhere", "What's New", "Now Is The Time", and "Bernie's Tune". The remaining tracks feature the trio of Milt Buckner – with Milt on organ, Bernie Mackey on guitar, and Cornelius Thomas on drums. The straight trio plays on "Russian Lullaby" – and Gibbs joins them on "Trapped".  © 1996-2021, Dusty Groove, Inc.
(Cover is in nice shape!)