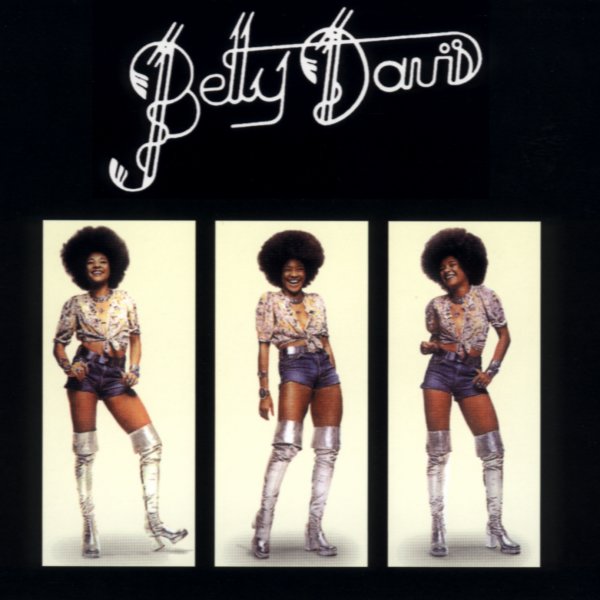 Betty Davis was one of the nastiest ladies in 70s soul – and this is one of her greatest albums – a killer batch of funky tracks all the way through! Betty has a sound like nobody else – and she takes heavy drums, throbbing bass, and ripping guitars – all as a hard and funky backing for raunchy, raspy vocals that are belted out with a slinky, sexy sort of sound! Davis' vocals are unlike anyone else we can think of – easily some of the most badass work you'll ever find on record – and the tracks are a mix of hip themes about sex, gal power, and struttin your stuff – all delivered by a righteous woman who can definitely do just that! The album features the classic break tracks "If I'm In Luck I Might Get Picked Up" and "Steppin in Her I Miller Shoes", but every cut is a funky monster – including "Ooh Yea", "In The Meantime", "Your Man My Man", and "Anti Love Song". A great one if you dig hard female soul, heavy funky guitars, or both at the same time!  © 1996-2021, Dusty Groove, Inc.
(Limited edition repress of 1000 copies – remastered from the original tapes, and pressed at RTI!)

Do Your Thing (180 gram pressing)
Easy Action (UK), Early 70s. New Copy
LP...$28.99 29.99
A hell of a record from soul singer Pat Hall – vocalist who mostly provided background work for UK rock singers like Marc Bolan – but who really gets to shine in the spotlight here, thanks to help from Bolan himself! The album's a searing funky nugget all the way through – almost ... LP, Vinyl record album